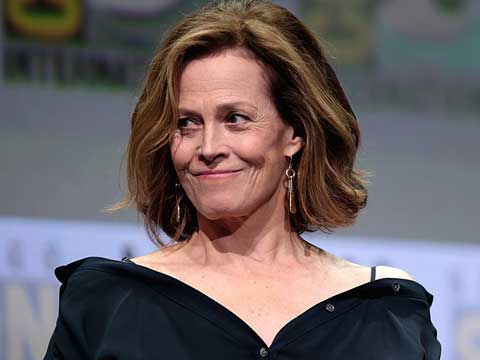 Many achievements and various other activities is like nothing to Charlotte, her daughter. She just wanted to Weaver as a good mother, not an extraordinary person in space.

Sigourney Weaver felt guilty leaving her daughter, Charlotte, who was preparing to go to college. She was uncomfortable, because Charlotte had to fight alone. Charlotte had to study and take various forms without Weaver beside.

Weaver had to leave her child because She have to shoot the movie ‘Avatar’ and follow the promo tour. Yes, Weaver was the famous artist who starred in the movie trilogy ‘Aliens’. And now she’s starring in future box office film of all time ‘Avatar’.

Many achievements and various other activities is like nothing to Charlotte, her daughter. “I remember my friend once said to her,” You know, your mother is a feminist icon of the women’s idol? She answered, it is part of what I do not need to know,”” said Weaver.

Charlotte never want to watch the films Aliens, starring Weaver. This best-selling movie never brought interest in her. “I think she just wants to think that I am a good mother, and not someone who lives in space,” she said.

She finally concluded, “I think, when the children saw her dedicate themselves to something that she loved, it makes them appreciate his mother.”

~~~
*Mochamad Yusuf is a senior IT consultant, public speaker, radio host, lecturer and website & software developer at SAM Design, http://www.samdesign.com. Actively writing and his books have been published, “99 Jurus Sukses Mengembangkan Bisnis Lewat Internet”. You can follow his activities on his personal website, http://m.yusuf.web.id, or in his profile Facebook, http://m.yusuf.web.id/facebook.