Film history is not too long. Yes, about a century ago. Precisely in the early 20th century. Yet the film has so much influence human culture. And also that inspired so many human beings.

Since that time may have thousands or even millions of movie titles that come out. From the big movie to small budget, from major studios in developed countries until a group of teenagers in a small country.

You’ve seen it, either in theaters or at home through a VCD/DVD player. Some of them have become your collection. And when there is a chance, you might watch it again. And again and again. You watch it because the film becomes your favorite. You do not get bored while watching it several times already. And may still watch back later.

You like it, because the film has inspired you. Whether it’s to be more successful, more resilient to face life, confide in and other times sad. You have a movie like that right?

I am also. I have several favorite movies that I often play for inspiring me. The films are:

What I like in this movie is owned communications capabilities’ Danny. With this ability he can conquer others with words. He also knows non-verbal communication, so knowing whether a person lying by looking at the body gesture.

This film seemed to justify my choices on communications majors in college some years ago. And inspired me to pursue the science of communication remain. Science is very useful in social with another human being.

2. Twister
This is also starring Oscar winning star, Helen Hunt. In the starring roles and her husband in the movie is a research scientist storm. They studied the storm so total, so by taking a handful of sand and sprinkle, they know there will be a storm. Even know the location where the speed of how.

For me they are in examining the totality of the storm seemed to make a brother or their son loved. So to know his behavior. This is what inspired me to a total in a job. Do not be half for going out for something like studying the storm. Something that is difficult to predict, it can also be known behavior.

3. Big Fish
The film, starring the actor who became my favorite, Ewan Mc Gregor, tells of a salesman in a small town. Although he lived in a small town, he has many dreams to be realized. Therefore he felt that the small town inhabited could not accommodate her wishes.

This inspired me, to always see what facilities I have now. Was able to pursue my dreams or not. If not, it’s time to replace with the appropriate. For example: my HP when I felt I was not able to support me, because the contact numbers did not have much, but my friends have so much. Because it needs a new HP that can support a lot of contacts, if necessary, indefinitely. 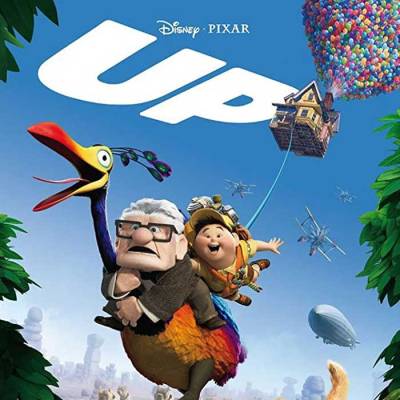 4. Up.
Yes, this claim made by cartoon Pixar animation maestro who was bought by Walt Disney. This film tells Mr. Fredericson, with his wife, who aspires to find the missing area, The Fall Paradise. Since he was a toddler to grandparents, even his wife later died first, he still wants to pursue that goal. The tireless and relentless. Finally, the rest of his life, he can achieve that goal, though not as beautiful as what you imagined before.

For me this is very inspire to get and pursue that dream. Left or impossibility, not a reason to stop chasing it.

~~~
*Mochamad Yusuf is a senior IT consultant, public speaker, radio host, lecturer and website & software developer at SAM Design, http://www.samdesign.com. Actively writing and his books have been published, “99 Jurus Sukses Mengembangkan Bisnis Lewat Internet”. You can follow his activities on his personal website, http://m.yusuf.web.id, or in his profile Facebook, http://www.facebook.com/mochyusuf.